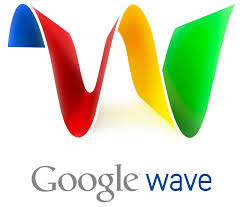 I’m one day into the private beta of Google Wave. There are about one million people signed up and using it, while the rest of the world still clamors to get in (A co-worker sold an invite for $20 yesterday, and sign up URLs are going for $75).

Why is everyone stumbling over themselves to get an invite?

Google has positioned Wave as the next evolution in e-mail. That’s a vast understatement. So vast, in fact, that it may do Wave a disservice in the next few months as we get up to speed. From what I’ve seen, Wave is not going to kill ‘normal’ e-mail. It is going to kill off a lot of other services and re-invent the way we interact on the web. But, my gmail account isn’t going anywhere.

With only a few hours of Wave under my belt, I can foresee the removal of my RSS Reader, NetNewsWire, in the next two months. I’ve always wanted a way to read articles and comment on them within one window, without having to sign up for yet another account, or even go through the five second process of logging in via Facebook connect. I wanted it all under one roof. Wave does that with ease. Once my favorite bloggers are cross posting on Wave (Which they’ll be doing in no time, and I am starting with this very post) there will be little reason to continue with RSS.

The next item that I’m eager to remove is Tweetdeck, my Twitter client of choice. Twitter has always been missing something for me. Conversation. It’s impossible to do more than… shout. A person may Tweet their thoughts on a film, and someone may @ reply back to them, but the conversation mostly dies after that, and doesn’t allow a third party to join in. Twitter does not promote dialogue. Wave does.

Public Waves are already getting a lot of attention, and rightfully so. It may be the unexpected killer feature. At 4:50 yesterday I got my Wave login. My co-worker and I instantly created a wave. It was the Geocities page of Wave. Totally pathetic. We had no idea what we were doing, or why this was cool. Then we discover the search term ‘with:public’ which lists, in real time, all public waves.

A million people may sound like a lot, and it sort of is, but it will be nothing compared to what this balloons into in the coming months. Currently, the more popular Waves are metatextual – users figuring out what Wave is and what it can do. The first batch of 100,000 users are one week ahead of me and they’ve already uncovered and created a lot. There is also plenty of speculation (Future post: Public Screenwriting Wave – Imagine watching John August do Prince of Persia rewrites in real time). Based on what I’ve seen and read, I have a prediction that no one else seems to be thinking: Google Wave will be the next Internet Ecosystem.

Here’s what I mean.

Facebook is 100% socially acceptable. You can pull out your iPhone at the hottest club in New York or LA and add the beautiful girl next to you as a friend via the Facebook app. It’s simply that normal. But, it’s full of restrictions, and with good reason. It was built to be the anti Myspace and avoid the annoyances of auto-playing music and other e-garbage.

Second Life is on the other extreme. It’s too geeky for ME (Yes, I had an account and lasted about ten minutes). But Second Life created their own little ecosystem, and for a while it was hip for big brands to have a presence there. What worked for Second Life was that it gave users unlimited ability to CREATE. Whatever you can imagine you can build within second life.

Now, imagine merging Second Life with Facebook, built from the ground up with customization and monetization in mind. That’s Google Wave. Everyone has Gmail. Everyone will have Wave. Because of that, it’s poised to create the ecosystem that Bloggers, Journalists, and other content creators have been dying for. This could be the solution to the ‘journalism is dead’ outcry. Waves could give individual writers a new home. All you have to do is throw in a Google Checkout plugin (which I bet is already being developed) and there is an instant platform with tens of millions of users.

With that, the random blogger can charge $1.99 a month for his daily ‘The World is Ending’ Wave (or blip) with interviews by former Reptilians and CIA operatives. Or the web series creator with his show about cooking road kill can charge $15 per season. Under the Wave platform it would feel like iTunes – One login, one check out, and one application to view it all. An ecosystem.

Google has never put up a pay wall (YouTube, GMail, Google search, etc), but at some point they need to change their stance and expand monetization options. The other elephant waiting to charge into the room is, of course, Adwords and Adsense. Google has one of the largest advertising infrastructures and I promise hyper-targeted ads for Wave are only a few weeks away. It’s important to allow both monetization options, however, as niched content (road kill cooking) may not be fully supported by an AdSense campaign. A $15 season pass could make all the difference.

Wave needs to evolve considerably before any of this could happen. The interface needs some serious work for both posting and reading. I’d rather explore via an Adobe AIR standalone app, and would like a WordPress CMS style backend to write, but I assume that’s all coming. The building blocks are there.

While we wait, we Wave and explore this new medium, but one thing is certain – Google is going to change the web. Again.